I have to confess to a case of what I call “the Bandwagon Blues”.   That’s when a news story creates so much buzz and backlash, that I start to get suspicious.  Then, upon as thorough research as I am able to manage, I discover that the rumors are unfounded or wildly exaggerated.  This inevitably leads to my disappointment in the media and the general public’s willingness to swallow anything that comes across a screen.

Take the recently-released movie “The Grey”.  It’s generated A LOT of controversy over its portrayal of wolves as vicious, man-hunting beasts. 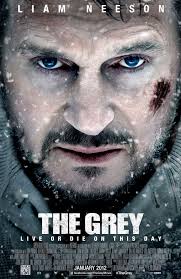 Now, let me be completely honest with you – I have no intention of seeing this movie.  However, it isn’t because wolves may or may not have been harmed in the making of the film.  It’s just not my kind of movie.  I much prefer to watch Liam Neeson in something else.

What fascinates me, though, is the way that one actor’s flippant comment was taken, stretched, colored, added to, and blatantly used to fan the flames of the public’s oh-so-sensitive animal consciousness.  I’m speaking here of Liam Neeson’s remark that he ate wolf meat to get into his character before the film.  Before you know it, the internet is a flurry of anti-Wolf Movie, anti-director, anti-Liam, and anti-all-movies-ever-produced-by-that-company sites.

After a few months of this uninvited drama across my screen, I finally gave in and looked up the articles for myself.  Big surprise – there was a little truth on both sides, and massive misrepresentation by the media in the middle.

From what I could glean, Liam did eat wolf stew.  (Keep in mind that the same reporters also said he was converting to Islam.)  The director ordered some from a local Canadian trapper who had caught wolves in the normal course of his routine trapping (he is NOT a “wolf trapper”), and had some wolf meat in his freezer. Some cast members chose to try the wolf meat with a little carrots and onions.

Nobody was forced to try the wolf meat.  No wolves were killed for the purposes of cast member education.  No wolves were killed making the movie.  The only reason the American Humane Association (who were on set for all filming with animals and said it was just fine) did not put their official seal at the end of the credits was because they didn’t get an opportunity to see the final cut – a routine checklist item.

AHA had this to add: “Online allegations regarding the consumption of wolf meat by cast members of The Grey, have not been verified and sources within the production and distribution entities have not returned our phone calls of inquiry. American Humane Association does not permit the trapping and/or killing of any animals for use in filmed entertainment.”

I like director Joe Carnahan’s statement: “I think the wolves are a facet of and thereby a force of nature, but they’re no different in my mind than the river, than the blizzard, than the cliffside,” he said. “They are component parts of a whole, which is nature. And for all of its beauty there’s equal parts hostility.”

Taken in the context of the film, I think it is possible that the situation was portrayed from <gasp> the human character’s viewpoint.  And you can bet that if I’m ever stranded in an arctic wilderness, all those things will be equally frightening to me.  And I’ll be considering myself the endangered species.

After all, if I want to see a feel-good movie about wolves, I can watch one of Disney’s offerings.  If I’m in the mood for dinosaurs, I can watch Jurassic Park and be scared out of my socks, or view Land Before Time and hum that catchy tune for the rest of the day.  It’s a MOVIE and it’s a choice, not a platform for social reform.

So there it is, just a run-of-the-mill case of entertainment writers blowing a passing remark way out of proportion, and a lazy public that couldn’t be bothered to demand facts or read between the lines.

Isn’t it astonishing how the masses will fixate on a relatively insignificant bit of fluff, but stubbornly ignore the big issues?  Where were PETA and the protestors for all the poor sharks maligned in the Jaws movies?  Why isn’t anyone holding a sit-in at my local cafe for serving bison burgers?  How come folks become outraged over flags at half mast for Whitney Houston, but conveniently forget her decades-long drug, marriage, and money problems?  (Is that how saints are made?) 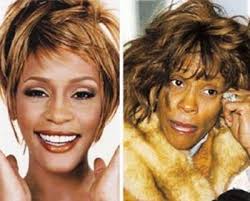 I guess I just get the blues, wondering where everyone’s priorities are.  Well, I do know where they are…at the bottom.  Wolves are important.  So are buffalo, the spotted owl, the Ozark hellbender, and my endangered bank account balance.  BUT, there are more pressing matters in the world, and sadly, greater suffering.

If we’re going to boycott something, let’s boycott something that matters.  Like GMO’s, violence against women and children, unemployment, or willful ignorance.  Work smarter, not harder.  A movie makes a lot of money for a very few persons.  The likelihood that tourists will suddenly book wolf-hunting vacations to Canada after seeing a film is fairly slim.

Let’s get a little perspective.  Please. 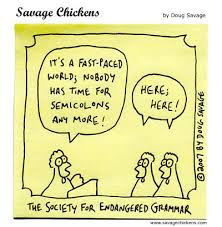